​In Brussels, Online Food Couriers Launch Their Own Platform Co-op 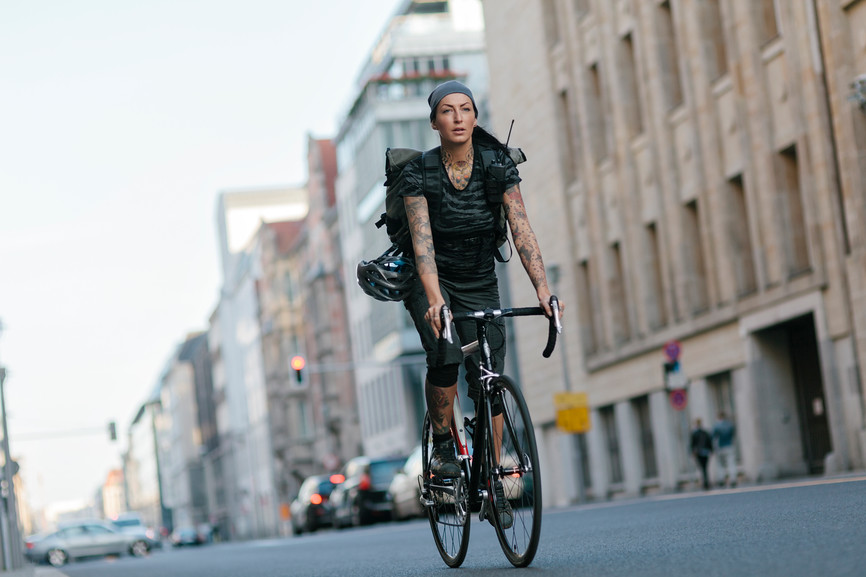 The sector of online food delivery is booming in many cities in the economically developed world. It’s a promising market and many corporations like Deliveroo or UberEATS are pedaling fast to move in and win the race. The recent strikes of couriers’ have shown that despite all the millions of dollars in venture capital, the human factor is often forgotten. The recent bankruptcy of Take Eat Easy in Europe, for example, turned into a real opportunity for couriers to start their own co-op.

About 3 years ago, a new rising star entered the landscape of upstarts in Belgium. The media called it “a revolutionary app” for online food delivery, operated by bicycle couriers. Take Eat Easy went from an idea - connecting couriers with restaurants and hungry clients - to 6 million Euros in funding in April 2015 and 10 million more by August of the same year. In some cities, the company even became a challenger to Deliveroo.

One year later, an all-too-familiar story unfolded. On July 26, 2016, the company announced by email that they would cease their activities. The startup would not pay its 4500 couriers and more than 3000 restaurants for the entire month of July. Adrien Roose, CEO of Take Eat Easy, wrote an article on Medium thanking all who worked for them and who “made this adventure possible.” The bankruptcy was not especially surprising for Sacha, one of the couriers who is now actively setting up a new couriers co-op: “Working conditions had changed suddenly. Relations with the management of the company became more tense and we could feel that bankruptcy was in the air.”

When Adrien Roose talked about an adventure, he must have referred to the artificial funding that boosted his enterprise for some 15 months. It was an expensive game that he lost. The story of Take Eat Easy was simply picture-book Silicon Valley:

(1) sketch up a business idea and make it shine,
(2) raise as much capital as possible,
(3) heavily invest in marketing,
(4) be there first and dominate the national or even international market, and then
(5) lobby governments to change the rules of the game.

Does this traditional approach benefit the greater good? If the answer is at least a partial “no,” then the question to ask is: what can we do about it? Well, the story of the former Take Eat Easy couriers in Brussels can inspire couriers in other cities.

It all started with an article by the Hackistan collective in August 2016. Next, a few messages circulated on the Facebook group of the couriers. 50 cyclists were curious about the idea of a cooperative. Here, they could be both workers and owners!!! Two weeks later, in the headquarters of the SMart co-op, 15 of the couriers met to draft their business model.

“It became to us that we were not natural-born-entrepreneurs”, says Arnaud, one of the co-op’s spokespersons, smiling. “Initially,” Arnaud quipped, “we met to build an innovative delivery service taking into account a green environment, urban congestion, sustainable mobility, and fair working conditions. … Now, we are no longer just atomized individual couriers working for a company that considered us not much more than ‘legs-on-bikes-without-brains.’ We are convinced that with sufficient human investment, there is space for such co-op of couriers in Brussels.”

The couriers have created working groups focusing on their business model, web development, and a legal structure. Most of the couriers are specialized in one or sometimes even two of these areas. They sent a proposal to enter the CoopCity incubator for social entrepreneurs, a new program funded by the Region of Brussels and the European Union. The CoopCity incubator for social entrepreneurs is a first in Belgium; it’s an 8 month-long program, led by professional coaches from the best business schools and co-ops in the city.

As another courier, Sacha, puts it: “at Take Eat Easy, we only had to resign ourselves to hierarchy … The ultimate grievance was the introduction of an internal competition among couriers … We definitely want to avoid these kinds of management glitches with our co-op. We want a kind of governance that improves collective well-being.”

There are many obstacles: from web development to the survival on small profit margins. “We are ready to face these tough questions,” Sacha insists. But the couriers already learned one thing: if they work together, they can build their own platform co-op.

Arnaud stresses that “thanks to this experience, we see already immediate positive results: we’ve built stronger partnerships and bonds in our local community, and we’ve strengthened our identity as a group of couriers.” It’s also encouraging to see that similar groups are now also emerging in Paris and London. Couriers of the world, (keep pedaling but), and unite!

Matthieu Lietaert, author of the book Homo Cooperans 2.0., is an investigative journalist. He is also director of the film The Brussels Business about corporate lobbying in the EU. He holds a Ph.D. from the European University Institute. In Germany, our project RefugeesWork connects these newcomers who are looking for work with locals who want to hire them on a freelance basis.

We started because we saw that refugees had skills: some were translators, designers, cooks, journalists, or programmers and we wanted to help them to quickly find freelance and volunteering opportunities. Our platform provides information that makes refugees aware of their rights while also connecting them to residents, local firms, and other organizations.

It all began with our dear friend A. who had escaped Syria only to end up in a small village near Osnabrück where he found himself without Internet access, preventing him from working as a digital designer. We wanted to help. Bi-weekly, CodingAmigos, a group of developers with an activist streak met in the co-working & hacker space Co-Up. There, we designed the RefugeesWorkapp as an open source project with the help of refugees.

To date, we have over 300 registrations on the site and the Facebook page was liked by over 1100 people. We believe that freelance work has the potential to shield these professionals from all kinds of discrimination that they might otherwise experience. It shields them, for example from the usual politicking among corporate employees who might tend to put such newcomers into a fairly low place.

Currently, we are also exploring collaborations with Sensorica in Canada and Enspiral in New Zealand. Right now, our biggest challenge is to develop the rules for voting and sharing. We at RefugeesWork are very interested in the platform co-op model but we are not sure yet how to do this in Germany. How would you start a co-op and what are the legal issues in this country when taking such a cooperative online?